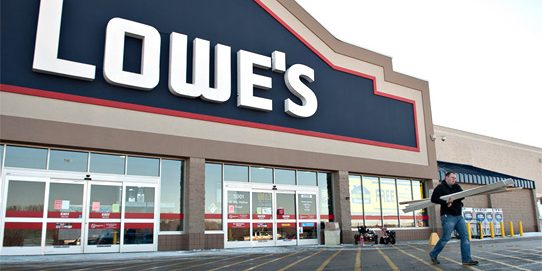 Levven Controls wire-free switching eliminates the wire that physically connects the switch to the light or motor by separating the rocker interface from the switch contacts. The switch can go on any surface, wire-free, while the dimmer or on/off controller fits in a junction box between the power and the load. One or more switches can be “paired” with one or more controllers.

With no need to run wire, cut holes in walls, install switch boxes, or run conduit, installing a switch is now faster, affordable and removes the risk of damage and issue.

“Any time we see a product that makes something easier for a home improvement contractor or home owner, we know there’s opportunity,” stated Lowe’s Canada Merchandise Manager Corey Thompson. “The Levven Controls switches will give our customers a fast, painless option for switch installation. We believe an easy-to-install switch will make it easier for them to buy and install light fixtures, ceiling fans, and other items that require the addition of an electrical switch.”

“2017 was a big year for us. We launched our new smart-ready Levven Controls and Levven Controls Pro product lines. We won an Ernest C. Manning Innovation Award. The momentum we’re getting from retailers, consumers, builders, and electrical contractors really demonstrates the game-changing value of wire-free switching.”