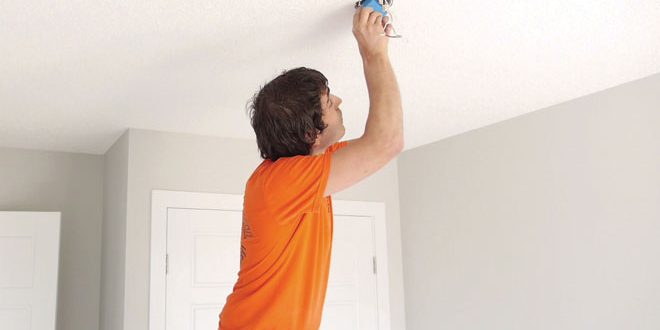 The American economy continues at near-full employment with the unemployment rate holding at 4.1% for the fourth consecutive month. While this is great news for workers in the construction and manufacturing industries, but it puts pressure on businesses that depend on skilled labor for their product.

Demand for new homes is strong – home buyers are in the market, ready to build. However, builders are struggling to recruit enough skilled laborers to meet demand – especially in hurricane-affected areas like Houston where rebuilding is still underway. The National Association of Home Builders recently found that 82 percent of its members face serious challenges regarding the cost and availability of labor. In 2011, only 13 percent cited labor costs as a top business challenge.

“We are now at the point that there is a serious shortage of workers,” said Jerry Howard, CEO of the National Association of Home Builders. “It’s a real problem that ripples throughout the home-building process that ultimately costs the consumer.”

The current labor shortage is an aftershock of the 2008 financial crisis, when the housing market imploded under the weight of the sub-prime mortgage delinquencies and foreclosures. In the crisis and following recession, 1.5 million residential construction workers left the industry, and many haven’t come back. Some took jobs in the manufacturing and auto industries, while others found work in the energy sector.

“They were getting any work they could and had to go into other sectors to find ways to put food on the table,” said Howard.

“It has caused a spike in wages because [contractors] are going out and recruiting other people’s workers to fulfill their needs by offering higher prices,” said John Courson, president and CEO of the Home Builders Institute.

The lack of workers also means it takes longer to build homes.

Rick McGuire, a veteran builder delivering 10 to 12 custom homes every year in Texas, has seen delays.

“Homes that used to take eight months now take us 10 months,” he said. “It’s much more expensive for us to to build a house this year than last year.”

Builders are turning to new technology to manage costs and maximize the capacity of their existing labor force. One of the solutions being adopted is wireless switching, which allows electrical workers to complete homes 30% faster. Jurisdictions in the U.S. and Canada are approving wireless switching for use in new residential construction.

“This technology is able to deliver value and functionality beyond the capabilities of wired switches. We’ve been working with builders who see the value of using Levven Controls switches in their new homes – value for them, the home buyers, and the trades. Approving the use of wire-free switches in new residential construction paves the way for faster, better, smarter, and more responsible infrastructure going forward,” Keirstead concludes.

With the skilled-labor challenges showing no immediate signs improvement, builders who embrace new technology will become leaders in their markets.

Use Levven Controls wireless switches and controllers in your renovation or new construction project.

Electrical Contractors can do more jobs with their existing crews.